I have published with 22 different undergraduate and graduate students during my time at FSU.

Of the 58 peer-reviewed papers, book chapters and encyclopedia entries I've published during my career, past and current (under)graduate students are included on 29.

Meet some of my current students. 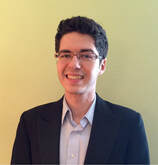 Pierce Dignam is a PhD candidate at Florida State University’s Department of Sociology. He studies the intersection of social movements, gender, collective identity, and politics in the digital age. His recent work focuses on the social movement dynamics of semi-anonymous Alt-Right spaces on Reddit, an analysis of the working-class appeals made by Donald Trump during his 2016 campaign, and an investigation into Trump’s supporters political allegiance based on cultural understandings of masculinity and anti-establishment politics. His work has appeared in publications such as Race, Gender and Class, Signs: Journal of Women in Culture and Society, and Men and Masculinities. 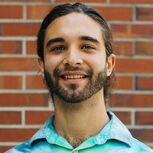 Kyle Rose is a graduate student at Florida State University’s Department of Sociology. His general research interests are sociology of science, science communication, and digital information environments. Kyle has recently completed his master's paper on the decentralization of epistemic authority on Twitter around Covid-19. Some of his other ongoing areas of interest are opinion leaders and influencers in digital information environments. Kyle has also presented his work on the social construction of disability at live music events at the Southern Sociological Society.